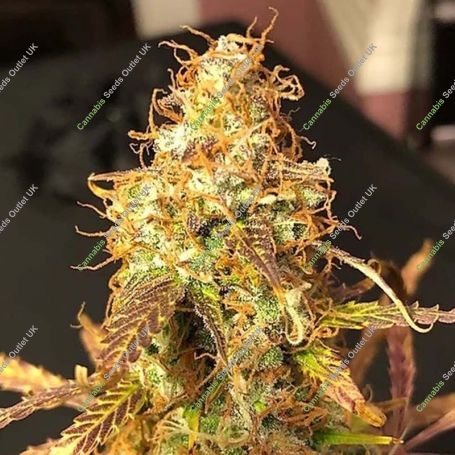 Auto Sour Melon Mass Automatic is a fast flowering strain that finishes from seed to harvest within just 8-9 weeks. The buds are super dense and resin covered. The plants are well suited to short height restricted rooms and will produce very high monster yields.

Critical Mass Collective Auto Sour Melon Mass Automatic makes a great strain for the beginner as it is highly resistant to issues resulting in failure. It is also well suited to commercial cash croppers as it produces a very high end return per m2.

Critical Mass Collective Auto Sour Melon Mass Automatic is Mostly Indica Dominant with only around 25% Sativa. The Medicinal Effect of smoking Auto Sour Melon Mass Automatic will give you mostly an Indica Body Stone and could be a little couch lock inducing. There is a little Sativa which is good as it gives a little more balance in the high with a little energy boost. The plants grow to a Short to Medium Height finishing somewhere around 80-120cm tall. The fan leaves are large but allow for some light and air flow around the plants. The origins of this strain mostly come from the Indica regions like India, Morocco and Afghanistan but there is some influence from South American and Asian Sativa heritage.

Auto Sour Melon Mass has Auto Flowering Ruderalis in its genetics which mostly come from Northern parts of Siberia and Eastern Europe. Ruderalis strains flower regardless of the amount of light they receive and can do well on many different cycles with most people opting for a continuous 18 hour lights on timer.

At Cannabis Seeds Outlet UK we only sell original Critical Mass Collective Auto Sour Melon Mass cannabis seeds and they are kept in our fridge in optimal conditions to preserve quality.

Critical Mass Collective (who are they?)

Critical Mass is a strain famed for its massive yields, huge power and vigorous growth and firmly cemented in history by Howard Marks, Aka Mr. Nice, and legendary breeders Nevil & Shantibaba.

In 2002 a young man from Arizona with a passion for Cannabis, Super Cropping and many years of experience forged his own superior Mass hybrid, one of enhanced yield, power and vigour...he named it Monster Mass. Soon after, he began sharing his genetics between a collaboration of unified minds met on his travels and through the Internet. Together they set about creating the very best reworked versions of Critical Mass the world has ever seen. Using the revered Monster Mass strain within their breeding programmes drove their efforts into pursuing the production of the ultimate Mass genetics, all of which undergo the CMC's strict grading regime before being considered for endorsement as a Critical Lee acclaimed strain. To date, the collective is the fastest growing network of Mass enthusiasts on the planet and boasts well over 100 years of breeding experience between them, resulting in a selection of the biggest, baddest Mass hybrids of modern times. 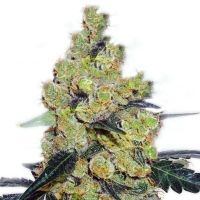 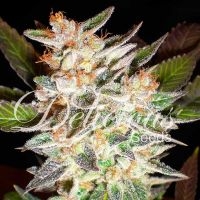 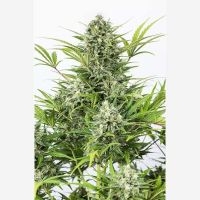 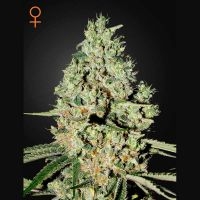 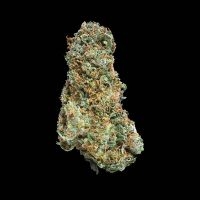