Lavender was originally created by Soma Seeds. The buds taste tropical when smoked with a citrus and mango flavour. This version adds Power Plant to make it more powerful, higher yielding and Sativa Dominant.

Lavender was originally created by Soma Seeds. The buds taste tropical when smoked with a citrus and mango flavour. This version adds Power Plant to make it more powerful, higher yielding and Sativa Dominant.

Breeder: Cream of the Crop

Lavender was originally created by Soma Seeds to be the fruitiest strain in his collection. The buds taste tropical when smoked with a citrus and mango flavour that is slightly sour on the tongue. This version adds Power Plant to the mix to create a combination that is more powerful, much higher yielding and now its Sativa Dominant.

This is a wonderful strain that will bring a lot of joy to the person using it. Purple loss of the ability to move could have a calming effect on over active minds and promotes focus. Nice Sativa dominant strains are awesome for thought inspiring and most effective with creativity. For the aspiring artist or designer with a mind block on new ideas, smoke a little Purple loss of the ability to move and you will come up with something fresh for sure.

Around 70% Of the genetics in Purple loss of the ability to move come from the Sativa regions of Thailand, South Africa and South America with the other 30% Indica originating from the hash making regions of Afghanistan and the Hindu Kush. Purple loss of the ability to move should grow short to medium in height finishing around 125cm and finish flowering around 9 weeks. The buds grow with dense mixed indica and sativa like structure with buds being spirally and very well sized semi compact. Fan leaves are dark and wide reaching with a lot of room for light to pass to the lower branches. This one can get a very large so topping more than once to create multiple lower branches and a more even canopy of buds is suited. If you grow one central cola it is more likely to have issues with mould as it will be harder to control the humidity in the over size bud.

At Cannabis Seeds Outlet UK we only stock genuine original Cream of the Crop Purple loss of the ability to move marijuana seeds. We store all our seeds in a commercial fridge at optimal temperatures to preserve quality.

Data sheet
Cream of the Crop

Cream of the Crop (who are they?)

Cream of the Crop have been trading in cannabis seeds and producing new genetics since 2012. They come in a blister pack for souvenir purposes and it also protects the seeds.

The universe of Cannabis has made some amazing progress since 6000BC. The ganja of those old occasions more likely than not been astounding yet it's currently 2020 and us astute people treat these plants like family hounds!, Taking the best qualities and attributes from various assortments we've cross reproduced them to make wonderful, rancid mutts of nature with their very own particular character characteristics. , Our objective was to offer the best Cannabis accessible available today, the total Cream of the crop and sell them at a moderate cost with the goal that everybody may appreciate Earths most sacrosanct plant. Our exploration was directed and aggregated in the course of the most recent 7 years and we presently feel we have at long last arrived at our objective. Whether your searching for something exemplary, something fruity, vivid, or fast Cream of the Crop have a strain for you. You might be after bud that is sweet, Kushy, chemy or even a little trippy - the strains we have picked are, as we would like to think, splendidly customised to suit each smoker and their inclinations. We then made these strains accessible at an extremely aggressive cost with the goal that everybody can possess their own one of a kind bit of present day "high evaluation" ganja hereditary qualities. Cream of the crop has the strain you had always wanted at a value you can bear, that is our guarantee!!

View more strains by Cream of the Crop Seeds 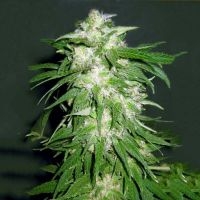 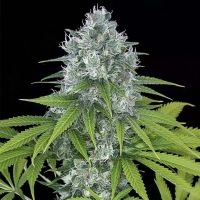 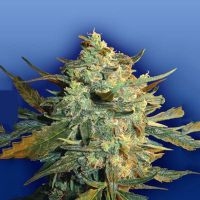 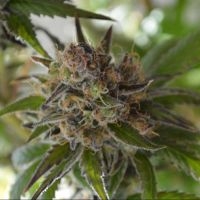 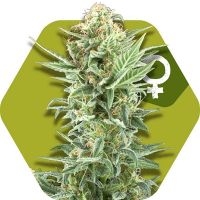 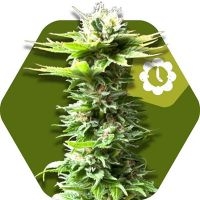